The Epics by Abdiel LeRoy 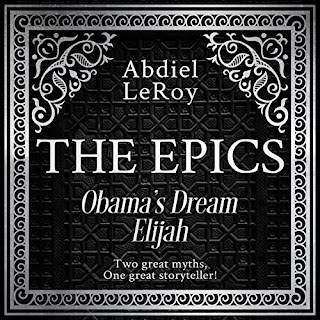 This is a two book collection of stories written in the style of Homer or Dante but with the touch and feel of Shakespeare as well. The audiobook version is well narrated by the author himself.

The angel, Abdiel, and Satan fight for the ear of the most politically powerful man in the US, President Obama. Written as an epic poem, Abdiel takes President Obama on a tour a la A Christmas Carol where the president sees and confronts failures and shortcomings, and the means to be a better leader.

Also presented as an epic poem, the prophet Elijah describes to the angel Abdiel how he came to be under a tree in the desert for 40 days and 40 nights. His journey to defeat the influence of Jezebel over her husband, King Ahab, is full of twists and turns of fantasy and faith.

This audio collection is of medium length (under six hours) and as mentioned above the author is reading his own work. I had heard an audio sample and it was his narration that attracted me. He is very good. The two stories are fun, interesting, and entertaining with elements of a heroic quest, pure fantasy, sexy romance, and nice family-time with the Obama family in Obama’s Dream.
Posted by Karen at 3:55 PM No comments:

The City (After the Fall #2) by Charlie Dalton 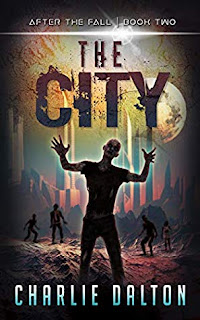 When Donald is grievously wounded in an attack by a giant alien bug, Lucy leads Donnie, Jamie, and their friend, Fatty, to her original home inside a mountain called The City. There the boys meet Dr. Graham Beck who is able to operate on their father and, hopefully, save his life. As the kids wait for Donald to return to consciousness, the doctor slowly reveals to them the purpose of The City, what really happened to the world during The Fall, and what the future may hold for humankind if the bugs are not defeated.

This is a great sequel to the story that began in Book 1 of the After the Fall series, The Commune, and it is action-packed, exciting, and full of twists and turns. The central characters are feisty and smart and each is beginning to blossom into their own strong person. The author has created a world that is both vastly different from what we know but manages to keep it familiar at the same time. And there is more to come! I can’t wait. I really recommend this series for readers that like apocalyptic stories.
Posted by Karen at 11:12 AM No comments: