Ballistics at the Ballet (A Musical Murder Mystery, #2) by B. J. Bowen 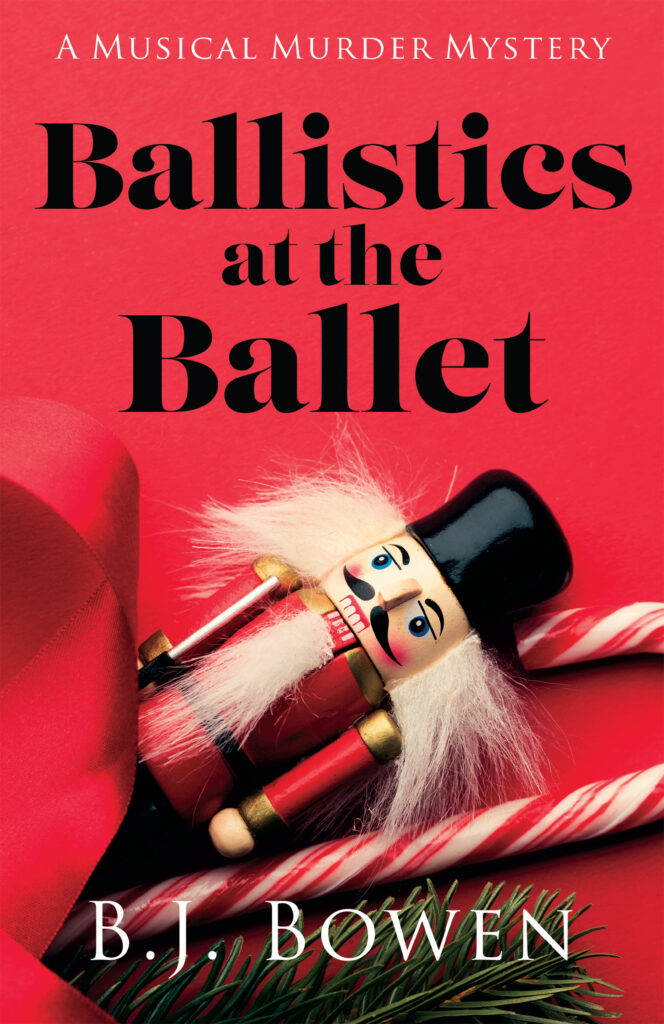 When temperamental conductor Felix Underhayes is killed before a rehearsal of the Nutcracker ballet, everyone realizes the show must go on. At an already crazy time of year, things become more complicated when Emily Wilson’s nephew, percussionist Charlie McRae, is accused of the crime. Emily’s sister, Kathleen, and their mother arrive to help prove Charlie’s innocence, but in spite of their best intentions, their efforts do more to hinder the police investigation than to help. To secure justice for her nephew, can Emily juggle performances and family dynamics, while she dodges a demented killer who wants to silence her?
CLICK TO PURCHASE:
| Amazon | Barnes & Noble | Book Depository | Target | IndieBound |

Review:
4 stars!
Ballistics at the Ballet is a great follow-up to B.J. Bowen’s Musical Murder Mystery series debut, Music is Murder. But, despite this being the second book in the series, you don’t have to have read the first one to enjoy it. Amateur sleuth and flutist Emily Wilson returns along with favorites KC (another flutist) and Golden, Emily’s dog. And there are plenty of new faces to enjoy as well.

Once again, Emily takes on the role of investigator, this time to clear her nephew of murder. Her process of eliminating all the suspects (and excellent red herrings) was very well done. The story is told in the first person, so we are privy to her thought processes and doubts about the case all along the way.

Emily is just a nice woman, getting her life back together after ending a bad, abusive marriage. She can relate to the other women in this story who are experiencing similar violence in their lives and Charlie’s plight, too, having been in his position in book one. In both situations, she carefully tries to help without going overboard (unlike Sister and Mom) in her efforts to gain information. Kathleen, the understandably worried mom, and their mother are a delightful pair of loose cannons. I LOVED the instant attraction between Kathleen and Lt. Gordon, and I liked seeing how their friendship knocked off some of his sharp edges.

The setting behind the scenes at the mounting of a production of The Nutcracker was engaging, fun, and fascinating, despite the murder. I enjoyed seeing all the preparations the symphony went through and the massive amount of coordination required to meld them, the traveling ballet troupe, and the local children’s ballet companies/classes into one magical production during the holiday season.

With its well-conducted amateur investigation, likable characters, and behind-the-scenes look at the iconic ballet, I recommend BALLISTICS AT THE BALLET for cozy mystery readers, especially those interested in the symphony, ballet, The Nutcracker, and stories set during the winter holidays. 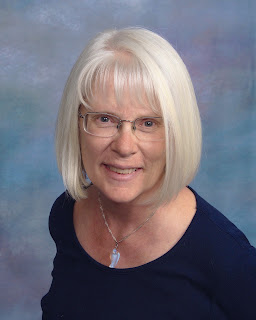 B.J. Bowen is a musician and free-lance writer whose love of music was awakened by her mother, who played the flute. After discovering her lips were the wrong shape and failing miserably as a flute player, at the age of eleven Ms. Bowen began studying oboe, and has since performed and recorded on both oboe and English horn with professional symphonies and cham[1]ber groups throughout Mexico and Colorado. Her inspirational articles have appeared in Unity Magazine and Daily Word, and she won Honorable Mention in the 2018 Focus: Eddy Awards for her article, “Letting Go with Grace,” published in Unity Magazine. Drawing on her quirky fellow musicians and orchestral experiences, she created the mystery series, “Musical Murders.” She lives in Colorado Springs, Colorado, with two canine friends, and has a song for any occasion.
| Website | Facebook | BookBub |
EXCERPT:
As I opened the stage door, I heard Felix shout, “No!” followed quickly by a shot. My ears rang with the sound. It had to have been close…
A few fraught seconds later the exit door slammed, the ensuing silence broken only by Felix’s moaning. I decided the threat had gone and moved across the entry and down the hallway, toward Felix’s dressing room.
The prima ballerina’s door was closed. Next to it, the premier danseur emerged from his dressing room. “What’s happening?”
“I don’t know.” I crept cautiously forward, the dancer following.
The next door, Felix’s, stood open. He lay on the floor, groaning. And bleeding.
The danseur turned ashen and his chin trembled. “What . . . what . . .”
I spotted a cummerbund hung over a chair. “Take that cummerbund and press it over the wound on Felix’s chest. I’ll call 911.”
I pulled the phone from my pocket. “Send an ambulance and police to Fleisher Hall. A man’s been shot.”
The danseur knelt on one side of Felix, pressing the cummerbund to the conductor’s chest. I knelt on the other, holding Felix’s outstretched arm, his hand in mine. “It’s okay.” I tried to reassure him. “Help will be here soon.”
Felix whispered, “Tell her she’s the only one . . .”
TOUR PARTICIPANTS:
October 3
StoreyBook Reviews – GUEST POST
#BRVL Book Review Virginia Lee Blog – SPOTLIGHT
October 4
Literary Gold – SPOTLIGHT
Mystery Thrillers and Romantic Suspense Reviews – SPOTLIGHT
October 5
Read Your Writes Book Reviews – GUEST POST
FUONLYKNEW – GUEST POST
October 6
Maureen's Musings – SPOTLIGHT
Guatemala Paula Loves to Read – REVIEW
October 7
The Plain-Spoken Pen – REVIEW
MJB Reviewers – SPOTLIGHT
October 8
Baroness Book Trove – SPOTLIGHT
Escape With Dollycas Into A Good Book - SPOTLIGHT
October 9
Celticlady's Reviews – SPOTLIGHT
Brooke Blogs – GUEST POST
October 10
The Book Decoder – REVIEW, CHARACTER INTERVIEW
Sapphyria's Book Reviews – SPOTLIGHT
October 11
Lady Hawkeye – CHARACTER INTERVIEW
Girl with Pen – SPOTLIGHT

a Rafflecopter giveaway
Have you signed up to be a Tour Host?
Click Here to Find Details and Sign Up Today!

Thanks, Amy! I just write what I know!!