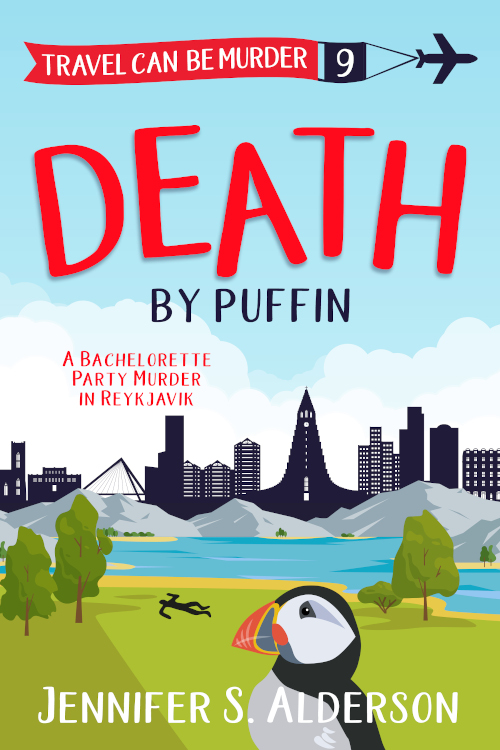 Iceland—land of fire, ice … and murder?
After a nasty fight with her boyfriend, tour guide Lana Hansen takes a week off work to get her head straight. Fate brings her to Iceland and the Hotel Puffin where she hopes the magnificent natural surroundings will help heal her heart and point the way forward.
Instead of the rest and relaxation she wishes to find, Lana ends up neighbors with a group of rowdy Americans in town for a bachelorette party and wedding. Their joyous frivolity is a painful reminder of her own relationship problems, and Lana does her best to steer clear of the group.
Yet when someone in the wedding party dies under mysterious circumstances, she gets pulled into the investigation. Can Lana help unmask the killer before they strike again—or will this trip be her last?
The Travel Can Be Murder Cozy Mysteries are heartwarming stories about making friends, traveling, and celebrating new experiences. Join tour guide Lana Hansen as she leads tourists and readers to fascinating cities around the globe on intriguing adventures that often turn deadly.

Books in the Travel Can Be Murder Cozy Mystery series:

Book 1 - Death on the Danube: A New Year’s Murder in Budapest

Book 2 – Death by Baguette: A Valentine’s Day Murder in Paris

Book 3 – Death by Windmill: A Mother’s Day Murder in Amsterdam

Book 4 – Death by Bagpipes: A Summer Murder in Edinburgh

Book 5 – Death by Fountain: A Christmas Murder in Rome

Book 7 – Death by Flamenco: An Easter Murder in Seville

Book 8 – Death by Gondola: A Springtime Murder in Venice

Book 9 – Death by Puffin: A Bachelorette Party Murder in Reykjavik

Death by Puffin is the ninth book in author Jennifer S. Alderman’s Travel Can Be Murder cozy mystery series. It is fast-paced and lively, with an intriguing cast of characters and a tragic murder with numerous possible suspects.

Poor Lana Hansen! She’s had a string of excursions back-to-back, and during each one has gotten involved in a murder investigation, most featuring the death of someone on her tour! From the start of the book, she wonders if she is somehow attracting these people because what are the odds, right? I was quite amused by her concerns and was reminded of the standing joke murder mystery readers hear about Cabot Cove of Murder, She Wrote fame being the most dangerous place in the U.S.

The bachelorette party members are the absolute worst, and the bride-to-be is not much better. The backstabbing, cattiness, and privilege, along with the constant fawning over the bride-to-be and her fiancé, Gunnar, was delightfully atrocious. The conversations and commentary had me both cringing and laughing at times.

The tour of some of Iceland’s wonders is a fantastic element of the book. There is enough description to give readers a feel for the setting, and the stormy weather creates a wonderfully moody atmosphere for the murder.

The method of murder is simple yet effective, and Lana’s actions at the time are portrayed with care and quick thinking. I enjoyed Lana and Willow puzzling their way through the suspects to figure out the truth about what happened and why.

With exceedingly likable amateur sleuths and equally heinous suspects who you’ll love to hate, I recommend DEATH BY PUFFIN to cozy mystery readers who enjoy stories where the characters travel to exciting and exotic locations. 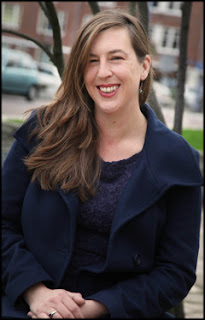 a Rafflecopter giveaway
Have you signed up to be a Tour Host?
Click Here to Find Details and Sign Up Today!

Wow - what a wonderful review!!!! I'm so glad you enjoyed the story and characters! Thanks so much for taking the time to review Death by Puffin, and share it with your readers! Happy holidays.